Learn more about the 99-year lease to preserve the Garden

Shall the City of Key West be authorized to lease real property located at 5210 College Road (known as the Key West Botanical Garden), for a period of up to 99 years, exclusively for a botanical garden and arboretum, providing public access, public recreation, and wildlife habitat?

Learn more about the referendum


Yard signs are available now for those — even outside Key West — who want to show their support for the Garden. You can pick up a yard sign at the Garden, 5210 College Road; or contact Garden board president Ed Cunningham at [email protected]. Include your address and he will deliver it.

How to donate to Garden Guardians 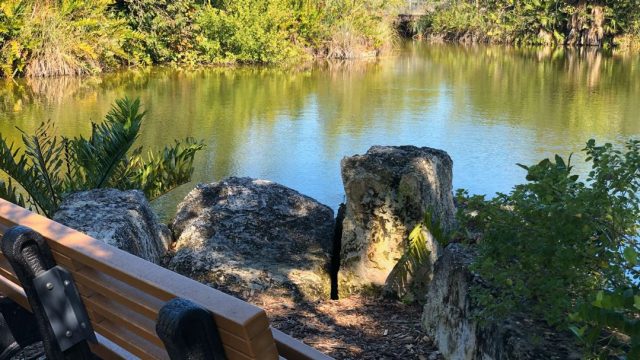 “When we approached the city commissioners, all six of them and the mayor were very supportive of this initiative,” McRAE said. “We currently are on year six of a 10-year lease and in order for us to secure funding for capital improvements we need to have a long term lease in place.”

The City Commission-sponsored referendum asks voters to approve a 99-year lease between the city and the Key West Tropical Forest & Botanical Garden. Garden Guardians, a local political action committee, supports the 99-year lease and will educate Key West voters on the value of the tropical forest and botanical garden to the community. Last Stand, a local environmental organization, has also endorsed the referendum. (A copy of its endorsement is below.)

“The Garden has been the keeper of the trees for 86 years,” McRAE said. “Over those 86 years we have gone from more than 50 acres to 15 acres as development has taken priority over preservation and conservation. We want to preserve the remaining forest for generations to come and enjoy the native species of plants.”

The land is owned by the City of Key West. Because of city limitations on lease terms, the proposed 99-year lease must be approved by voters. The Garden Botanical Society, which was formed in 1988 and continues to care for the tropical forest and botanical garden, states that the lease extension will allow it to apply for long term grants to make much needed capital improvements. It is difficult to obtain long term grants for capital improvements when the Botanical Garden Society is limited to a 10-year lease with the city for the property.

The Tropical Forest & Botanical Garden is home to over 500 species of native plants to the Keys, Cuba and the Caribbean. It is the only frost-free botanical garden in the continental United States.

The board of directors of Last Stand has unanimously endorsed a YES vote on the Key West Botanical Garden referendum question on the August 23, 2022, election ballot. It proposes to provide the Key West Botanical Garden Society a lease for up to 99-years for the City-owned property at 5210 College Road. The referendum requires the continued use of the property exclusively for a botanical garden and arboretum, providing public access, public recreation, and wildlife habitat.

To open more opportunities for long-term grant funding, the Botanical Garden Society needs to demonstrate stability for the years ahead. The Key West Charter requires a referendum vote in order to enter a 99-year lease, because the proposed action is, in effect, disposition of land by the City, requiring voter approval.

An emphasis on native plant species, both in the Garden and available from the nursery store, promote habitat that is vital to threatened and endangered species. Native host plants for butterflies and tropical fruiting trees enhance the visitor experience and provide a food source for birds and other wildlife. The garden is an important stop-over spot for migratory birds. In the first six months of 2022, visitors have identified 108 different bird species in the garden

Education programs, at the garden and online, benefit children in Monroe County from pre-K through high school. The speaker series with an adult focus and Garden Guardians programs provide learning opportunities for residents and tourists.

There is no doubt that we all benefit from the Botanical Garden. Passing this referendum will help to ensure that this vital conservation resource is available for future generations to enjoy. Last Stand is urging all Key West voters to mark YES for this referendum question on the August 23rd ballot.